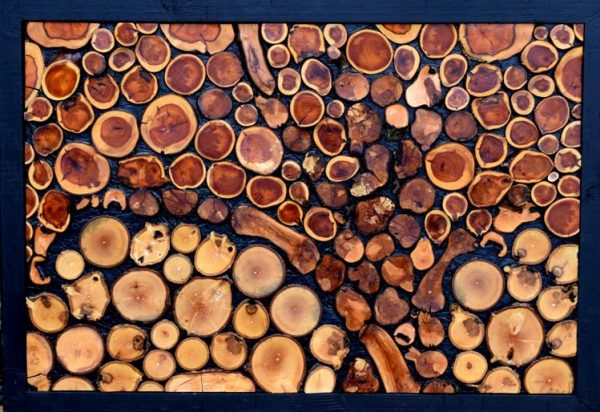 This mosaic is of the oldest living tree in The New Forest - A churchyard Yew in Brockenhurst, over 1000 years old! Many of the oldest trees in the British Isles are churchyard Yew trees. Very often, they pre-date the Church itself, marking the locations of ancient and sacred Celtic pagan sites (upon which the Churches were later built).